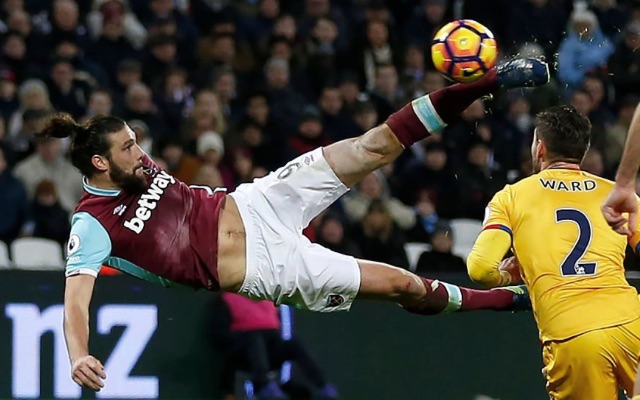 Andy Carroll is a doubt for West Ham’s weekend clash against Middlesbrough after sustaining whiplash while scoring an unbelievable scissor-kick, according to the Express.

Carroll scored a ridiculous goal for the Hammers against Crystal Palace during the last match-week. He latched onto the end of Michail Antonio’s cross and found the back off the net with an emphatic acrobatic effort that found the top corner of the Palace net.

However, it appears as though he is still feeling the full effects of scoring that wonder-goal. As per the Express, there are doubts over his fitness as we approach his side’s visit to Middlesbrough this weekend, as he suffered whiplash while scoring the goal.

Though entirely bizarre, it is a genuine concern for West Ham, who will already be without want-away Dimitri Payet as he heads for the exit door.

The Hammers faithful will undoubtedly be keeping their fingers crossed that Carroll will recover in time to make an appearance.