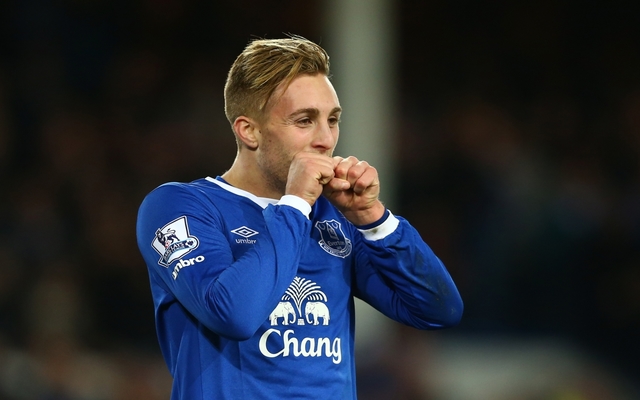 AC Milan are reportedly closing in on the loan signing of Everton winger Gerard Deulofeu, with M’Baye Niang possibly heading in the opposite direction.

The Rossoneri have been strongly linked with Deulofeu since the start of the month, and it appears as though they are now just details away from sealing a deal.

According to Gianluca Di Marzio, Milan have made a final offer of €500,000 as a loan fee, with an €18m option to buy at the end of the season.

Further, it’s claimed that the Spaniard is now only interested in signing for the Italian giants, as he has rejected proposals from Wolfsburg and Ajax.

With a desire on both sides to make the deal happen and with Everton seemingly relaxing their demands over the obligation to buy, the former Barcelona starlet could find himself in Milan before the end of the week.

Meanwhile, the knock-on effect of Deulofeu’s arrival could be that Niang is moved on with the Evening Standard reporting that West Ham United are ready to launch a €15m swoop for him.

The 22-year-old’s potential and talent isn’t undeniable, but his maturity, consistency and desire have all been questioned this season as he has just three goals and three assists in 17 Serie A appearances.

Having annoyed coach Vincenzo Montella on Monday night in the 2-2 draw with Torino with a lethargic and disappointing cameo appearance off the bench, it appears as though he could have wasted his last opportunity to impress.

The report claims that Milan are now ready to sell as the Hammers look for a boost with Dimitri Payet expected to leave this month, and Niang may well be the man to try and fill that void.

From Montella’s perspective, Deulofeu will give him additional quality in the wide positions with Suso making the right side his home, while Giacomo Bonaventura has shown his quality and versatility to play either on the left flank or in a midfield three.