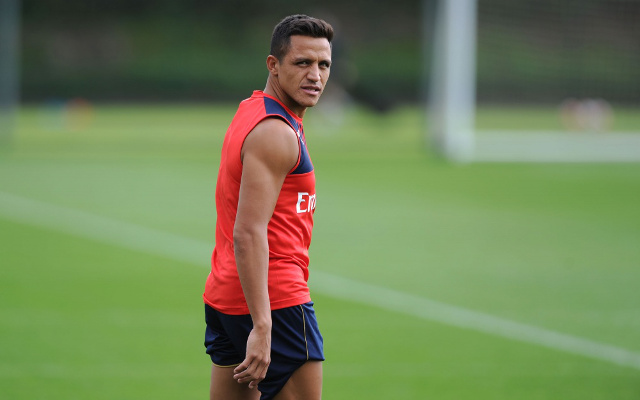 Arsenal star Alexis Sanchez posted an emotional message on Instagram on Thursday, but it is believed that there is a much more important yet tragic reason behind it.

As seen in the post below, the Chilean international shared an image of him from training with a caption that read: “Strong people smile with a broken heart. They cry with the doors closed and fight battles that no one knows.”

Initially, it was perceived to be a suggestion that he could be ready to quit on the Gunners, but as noted by The Sun, it’s much deeper than that as it’s reported that it could be in relation to the loss of his cousin who recently died from a brain tumour in Chile at the age of 43.

With just 18 months on his contract, the fear from Arsenal fans is understandable, and they flooded him with messages pleading with him to stay at the club.

Eventually, the mood changed as it became apparent that the message could indeed be aimed at the loss of his cousin after which he was inundated with condolences and best wishes.

It remains to be seen what happens with Sanchez’s future though as he remains an integral part of Arsenal’s push for success and has been in excellent form this season with 16 goals and 13 assists in 27 games in all competitions.

The club will be desperate to agree on an extension, but with the rumours of the financial demands of the former Udinese and Barcelona man, as noted by The Sun, it could be a difficult and anxious negotiation to determine whether or not he’ll remain at the Emirates for the long-term future.