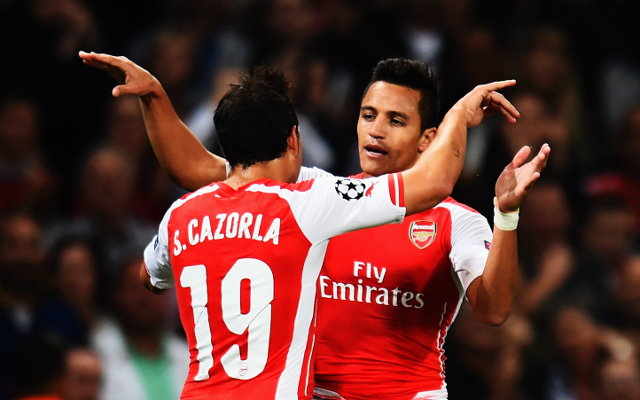 Arsenal have taken up an option to extend Santi Cazorla’s contract by another year, according to the Mirror.

Cazorla has become a cornerstone in Arsene Wenger’s side since joining from Malaga in the summer of 2012. The Spaniard has made 180 appearances for Arsenal, scoring 29 goals.

He has greatly benefited from Wenger’s decision to move him into the middle of the park. His classy distribution from midfield accompanied with his expert vision has seen him emerge as one of the classiest midfielders in the league.

He has been sidelined with an injury for several months, but it appears as though Wenger is keen to keep him around at the Emirates. As per the Mirror, Arsenal have taken up an option in Cazorla’s contract to extend his deal for a year.

The Mirror report that his contract was due to expire in the summer, but FA documentation has confirmed that Arsenal handed him a one-year extension last month.