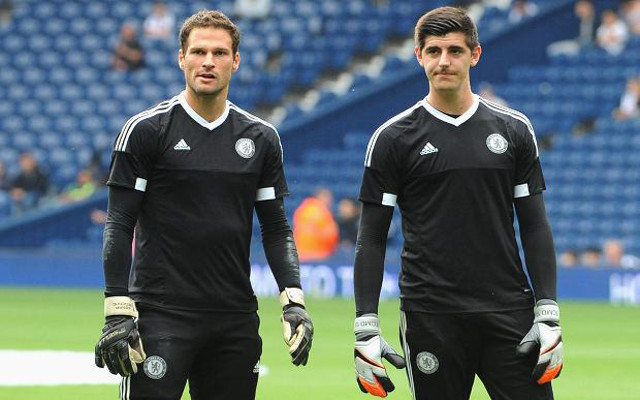 Antonio Conte has confirmed that Chelsea are weighing up an offer for back-up goalkeeper Asmir Begovic, report the London Evening Standard.

Begovic emerged as one of the best goalkeepers in the Premier League during his time at Stoke. Despite that, Chelsea still managed to convince the Bosnian to move to Stamford Bridge and provide quality in reserve for Thibaut Courtois.

However, there is only a matter of time that a player of his quality can starve himself of first-team action – and it appears as though the time may have come for Begovic to break free from his chains.

The Standard quote Conte confirming that Chelsea have received an offer for Begovic: “One offer. Now me and the club are are evaluating this. The club and the player know my position. For me, Asmir is a really good player.”

However, the Blues boss reaffirmed that he remains a valuable member of his squad: “He is an important player for me, on and off the pitch. A really important player. He knows this.”

After Chelsea recalled defender Nathan Ake back from his Bournemouth loan, the least they could do is allow their number two to join the Cherries.