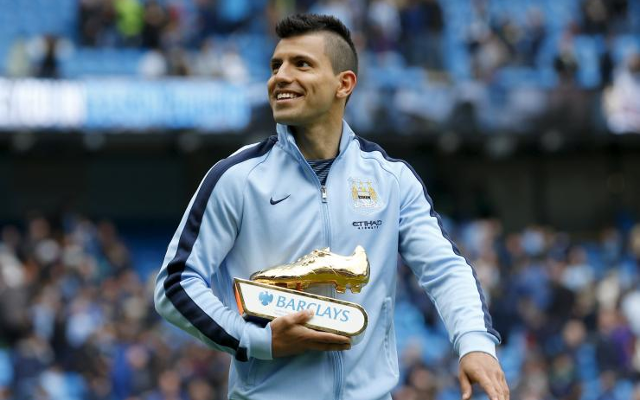 Manchester City manager Pep Guardiola could be set to shock the football world by cashing-in on talisman Sergio Aguero, according to The Sun.

Aguero has firmly established himself as one of the best players in England, if not the world, during his time in Manchester. In 230 appearances for City, he has found the back of the net 154 times, with 113 of those coming in the Premier League.

Only sixteen players have scored more goals in England’s top tier than Aguero, with the Argentine surpassing household names such as Didier Drogba in recent years.

Drogba wrote his name into English football folklore with some stunning goals during his eight-year stint at Chelsea, where he won the competition four times. It just goes to show the esteemed company Aguero has forced his way into.

Despite the 28-year-old bagging 18 goals in his opening 22 appearances for City this term, it appears that not all is rosy for him at the Etihad.

As per The Sun, Aguero’s agent had ‘secret showdown talks’ with Guardiola at a restaurant in Manchester. The tabloid believe that the meeting ended on a sour note, and Guardiola could subsequently be prepared to sell the City talisman.

There is not likely to be any shortage of interest in Aguero if he is put on the market.