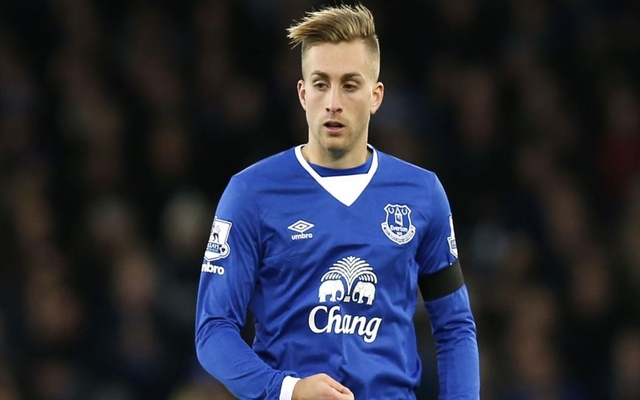 AC Milan jumped the gun on Friday night after announcing that Everton winger Gerard Deulofeu had joined them on loan for the rest of the season.

The Toffees immediately responded and insisted that the deal hadn’t been agreed, sparking confusion over whether or not the deal would still go through as the Serie A giants removed a tweet confirming the move.

According to La Gazzetta dello Sport, the switch is in no danger, and the Spaniard will join the Rossoneri on loan until June for a fee of €750,000.

However, the 22-year-old is expected to arrive in Milan on Sunday and will undergo medical tests with the club on Monday before it is officially confirmed that he is indeed a Milan player.

It’s added in the report that Deulofeu will be given the No.7 shirt at the San Siro, which was recently vacated by Luiz Adriano after his January switch to Spartak Moscow.

Further, Vincenzo Montella will of course be without the Spanish winger for Saturday’s clash with Napoli, but it’s claimed that he could make his debut for his new club in the Coppa Italia tie with Juventus on Wednesday night.

Meanwhile, according to the Daily Star, Juventus are preparing to offer Gianluigi Donnarumma a big-money contract if negotiations with Milan break down.

Unsurprisingly, agent Mino Raiola is at the heart of the story, as he has reportedly been promised a big commission if he can make the deal happen.

Milan of course want the youngster to stay, and intend on offering him a new contract on February 25, his 18th birthday.

However, Raiola is said to be waiting for assurances from the incoming Chinese owners before allowing his client to pen new terms, and he will undoubtedly receive plenty of criticism from Milan fans over the situation.

Donnarumma has constantly reminded the media and supporters that he is living his dream by playing for the club he supported as a child, and so there doesn’t seem to be any sort of desire to leave, only Raiola muddying the water.