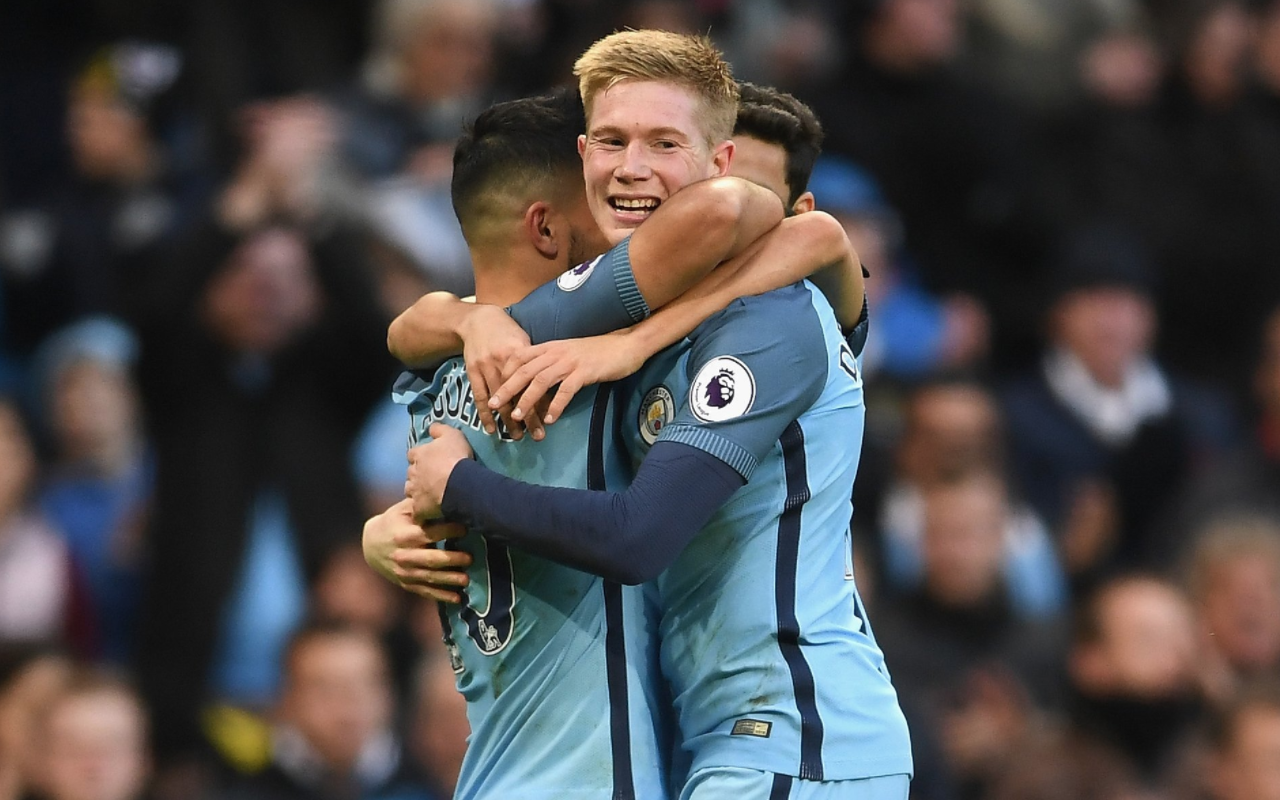 Manchester City were held to a 2-2 draw by Tottenham at the Etihad this evening.

Leroy Sane and Kevin De Bruyne capitalised on two calamitous errors from Spurs goalkeeper Hugo Lloris to bag the goals that put City out of sight. However, they threw their lead away in the space of ten minutes, and the points were shared by the two title rivals.

Here are our player ratings for Man City:

Bravo has come under plenty of criticism in recent weeks, but today he very much avoided the spotlight. The Chilean was rarely tested, the two times the ball fizzed towards his goal – it found the back of the net.

Zabaleta is one of the most reliable defenders in the Premier League, and today’s performance was no different. The Argentine dealt with the threat of Danny Rose comfortably.

Otamendi is often calamitous, but was not often called into action today. When he was, he had all the answers. The threat of Harry Kane was almost entirely nullified.

Pep Guardiola’s decisive to convert Kolarov into a centre-back has raised a fair few eyebrows, but he looks comfortable. His distribution from the back was characteristically classy today.

Clichy was rarely tested by Kyle Walker, who seemed to have instructions to not be as adventurous as he often is. However, the one time Walker did get forward, Clichy could do nothing to stop his sweet delivery which was headed home by Dele Alli.

When the line-ups were announced, it seemed naive for Guardiola to field Toure in midfield on his own. However, Toure repaid his managers faith with a classy performance.

Sterling was wasteful and ineffective today, as he often is. He needs to be more consistent with his end product if he wants to scale the heights that are expected of him in his career. He also missed a one-on-one at a pivotal point in the game, though, he should have been awarded a penalty after being pushed in the back.

Silva linked fantastically with Kevin De Bruyne today. His quick thinking and intelligent movement made him a nightmare for the Spurs midfield. All his performance lacked was a goal.

Is there a player in the Premier League with more consistency in their end product than De Bruyne? I highly doubt it. Everything De Bruyne touches turns to gold, today he always looked threatening. He also got a goal to go with his stellar performance.

Sane is still adapting to life in the Premier League, and today he looked out of his depth. He allowed himself to disappear into obscurity at times. He did get his goal, however, which he took well.

Aguero has firmly established himself as one of the Premier League’s best players during his time at the Etihad, but he looked some way off the pace today.