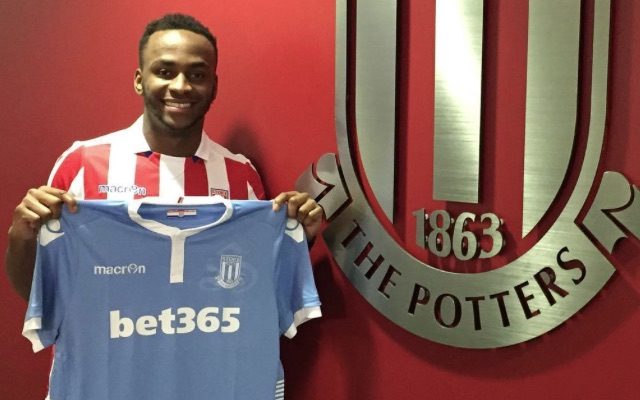 After relentlessly pursuing the 23-year-old for the past few transfer windows, Stoke City have got their man for a fee of £12m according to BBC Sport.

With the current climate in modern day football, huge sums of money are being thrown about, so £12m for a talent with the calibre of Saido Berahino has got to be worth the risk.

Berahino should bring a different aspect to Stoke’s game. The Potters tend to play with a target man, with the likes of Peter Crouch or Jonathan Walters spearheading the attack. Depending on where Berahino is played and in what formation, the ex-West Brom man could offer his new club an exciting fresh dimension in attack.

Either playing as a lone striker or with an attacking partner, Mark Hughes may have found the man to lead the line for the Potters for years to come.

Berahino is a goalscorer, which Wilfried Bony and Bojan Krkic have not been recently, with just five strikes between them this term.

If Berahino is determined to do well for his new club, and is he has moved away from the unmotivated figure of these past two years, and performs anything like he had done for Baggies when motivated, surely this is a superb signing for Stoke.

A lack of match fitness may cause some concern, but I’m sure we shall see him introduced into the team as soon as possible, previously Stoke have been unable to find that 20-goal a season striker, but in Berahino they may have just found that man.