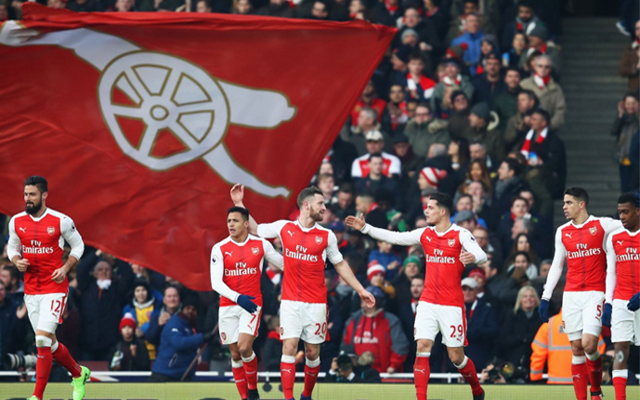 Arsenal took all three points from their clash with Burnley thanks to a late penalty from Alexis Sanchez.

Burnley put up a fight, but they eventually capitulated to the Gunners’ barrage of attacks. Mustafi latched onto the end of Mesut Ozil’s in-swinging corner and his header nestled in the bottom corner. You can see his first Arsenal goal here.

Burnley were awarded a penalty in the seven minutes of injury time, and Gray made no mistake from 12 yards. Seconds later, Jon Moss pointed to the spot again, this time awarding the Gunners a penalty. Alexis Sanchez never looked like missing, and scored his 15th goal of the Premier League season.

Arsene Wenger’s side finished the game with ten men after Granit Xhaka was shown a straight red card for a strong challenge. You can see the challenge that saw him have an early bath here.