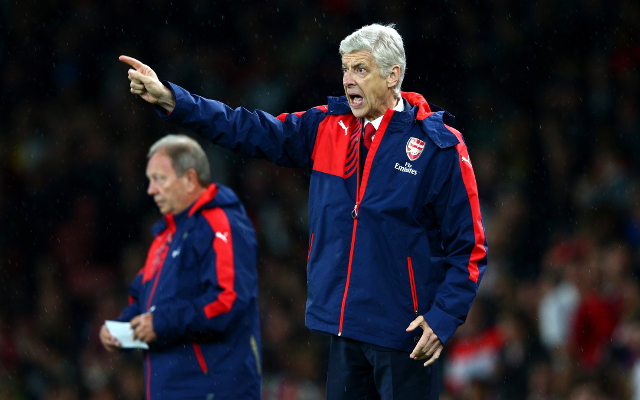 Arsenal will look to take full advantage of results elsewhere in the Premier League this weekend when they host Burnley at the Emirates Stadium on Sunday.

With Tottenham Hotspur and Manchester City playing out a 2-2 draw on Saturday evening, coupled with Liverpool’s loss at home to Swansea City and Manchester United’s draw at Stoke City, things are looking positive for the Gunners.

While league leaders Chelsea could stretch their lead with a win over Hull City, Arsene Wenger will merely be focused on what his own side do on Sunday and that’s claim all three points against Sean Dyche’s men.

Arsenal left it late the last time these two sides met at Turf Moor, with a controversial injury-time goal sealing the win for them.

They’ll hope to avoid a similarly tense afternoon this time round and will be desperate to ensure that they don’t miss the chance to go second in the table with an opportunity to move clear of the chasing pack.

Wenger hasn’t made any changes from the side that beat Swansea last time out, with the same XI entrusted with collecting all three points this weekend.

However, a criticism that has been levelled at the north London giants over the years is their lack of depth and quality. Their bench on Sunday would suggest that is a thing of the past, with Hector Bellerin, Francis Coquelin, Alex Oxlade-Chamberlain, Danny Welbeck and Lucas Perez all options if required by Wenger.

An hour to go… and that means we can reveal our team for #AFCvBFC pic.twitter.com/M61PBHOva9