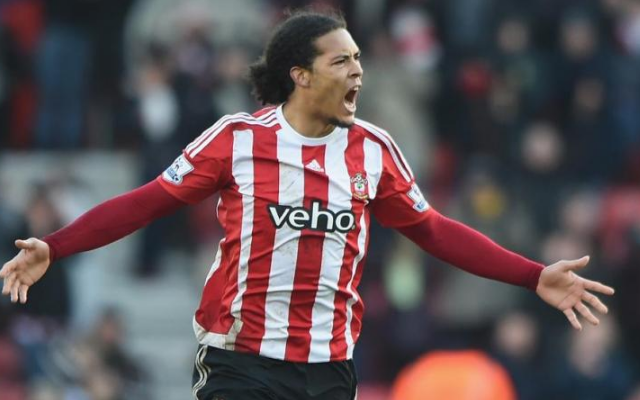 Southampton centre-back Virgil Van Dijk left the field during his side’s victory over Leicester with an ankle injury, report The Sun.

Van Dijk has firmly established himself as one of the Premier League’s best defenders during his time with the Saints, and his good form has not gone unnoticed.

As per The Sun, Van Dijk is attracting interest from both Manchester City and Everton, with both sides being in dire need of defensive reinforcements. The tabloid believe that Claude Puel would hold out for as much as £60 million if he were to part with his prize possession.

However, The Sun report that he limped off during Southampton’s 3-0 victory over Leicester after falling to the ground clutching his ankle. That will undoubtedly be a concern for Puel, and any side interested in securing his services this month.

The Southampton faithful will be keeping their fingers crossed that the injury is not a serious one.