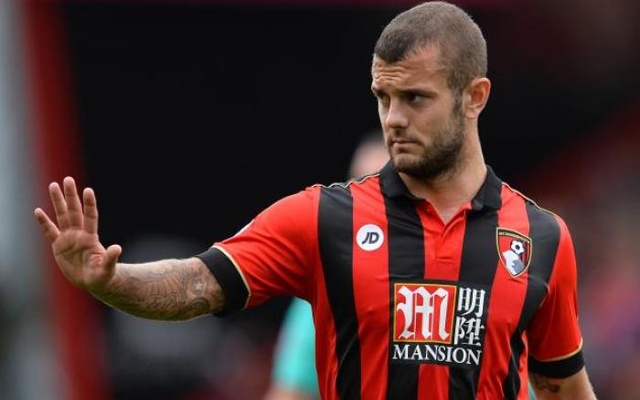 Arsenal midfielder Jack Wilshere will reportedly wait until the end of the season to make a decision on his long-term future at the club.

With just 18 months remaining on his contract with the Gunners, there will be anxious faces at the Emirates as the England international continues to enjoy his loan spell at Bournemouth this season with no talk of an extension being close.

The 25-year-old has now made 19 Premier League appearances so far this season, regularly completing 90 minutes and impressing for Eddie Howe’s side to prove his fitness and form.

Wilshere will undoubtedly hope to be more decisive in the final third given that he has no goals and just one assist in those outings, but he has been a major part of Bournemouth’s success this year.

However, as noted by The Mirror, no decision will be made on his Arsenal future until the end of the season with teammate and long-term friend Benik Afobe suggesting that he doesn’t think Wilshere even knows himself what he will do.

Nevertheless, it’s added that AC Milan are monitoring the situation and could swoop for the talented midfielder if he decides that he will move on from Arsenal.

The Rossoneri were reportedly in the running to sign Wilshere on loan last summer, but he opted for the Cherries instead. However, it appears as though they could revisit the situation in the summer, with Vincenzo Montella hoping to have the backing of new Chinese ownership with a takeover of the club expected in March.

With a nucleus of talented young players who promise a bright future for the Serie A giants, adding Wilshere would be a major coup for the club and show their ambition of moving to the next level.

Unsurprisingly though, Arsenal will be hoping that doesn’t materialise as if this season is anything to go by, the Gunners could do with Wilshere in their midfield moving forward.