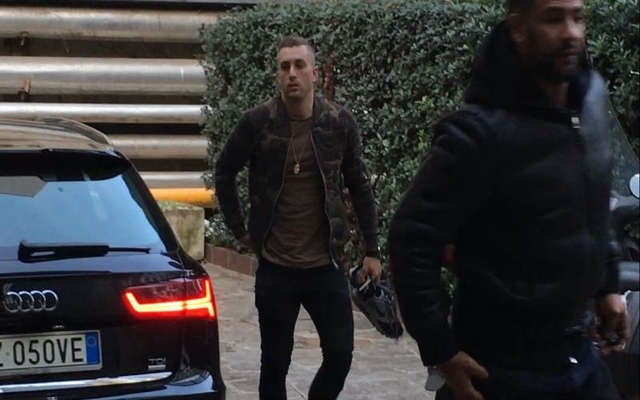 AC Milan are closing in on announcing the loan signing of Everton winger Gerard Deulofeu as the Spaniard undergoes his medical on Monday morning.

The 22-year-old arrived in Milan on Sunday night and was greeted by a whole host of reporters as he looks ahead to his new journey in Serie A.

As reported by Calciomercato, he will join on a loan deal until the end of the season without an option to buy with Milan paying a €750,000 loan fee to Everton.

“I’m very happy to be joining Milan, they are a great club,” he told reporters at the airport. “I don’t want to talk much now, I will have more to say tomorrow. Suso and Bacca? Yes I am looking forward to playing with them.”

As seen in the video below, Deulofeu is at La Madonnina clinic on Monday morning to undergo his medical, with Milan likely to make an official announcement on his signing later in the afternoon.

Provided that all things go to plan, it will end a lengthy saga that has involved talks over whether or not Everton would allow him to leave and the Rossoneri announcing the deal too early and having to remove their tweet.

In turn, with Vincenzo Montella in need of reinforcements in the wide positions, he’ll be delighted to finally hear that the deal is done and he to have the 22-year-old at his disposal.

With M’Baye Niang failing to impress and with Suso playing almost every minute so far this season, Montella will be thankful at having the opportunity to rotate and have options.