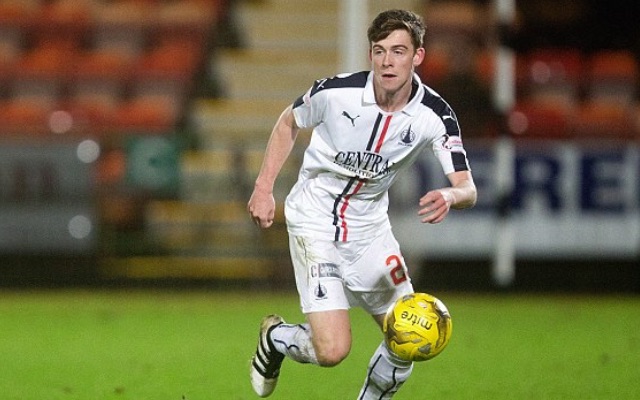 A young British full-back has the eyes of Europe’s elite on him, with his current club poised for bids this month.

Seventeen-year-old Falkirk defender Tony Gallacher was watched by representatives from Liverpool and Manchester City last week, according to the Daily Mail, who claim that Celtic, Manchester United and Chelsea have also had him looked over by their scouts.

Furthermore, The Mail report that Barcelona are monitoring Gallacher’s situation and considering signing him for their B side.

Per The Mail, Falkirk value their star man at £750,000, which is £650,000 more than what Stoke City offered when they tried to land him on the cheap last summer.

Falkirk are bracing themselves for more bids as the January transfer window enters its final week, add The Mail.

It seems very likely that Gallagher will leave Falkirk, who are a selling club by their manager’s own admission.

However, Falkirk boss Peter Houston insists they won’t be force to sell him cheap.

Houston told The Scottish Sun late last year: “I’ve had phone calls from all sorts of people around all sorts of different clubs asking about Tony. Word gets about and scouts swarm.

“People have asked me what it would take to get him but I tell them they’ll have to put in a bid and then we’ll see.

“Falkirk will always need to be a selling club but we’re also in a good financial position so it would have to be an offer that is too good to turn down.” 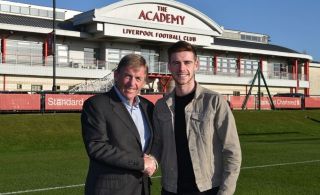