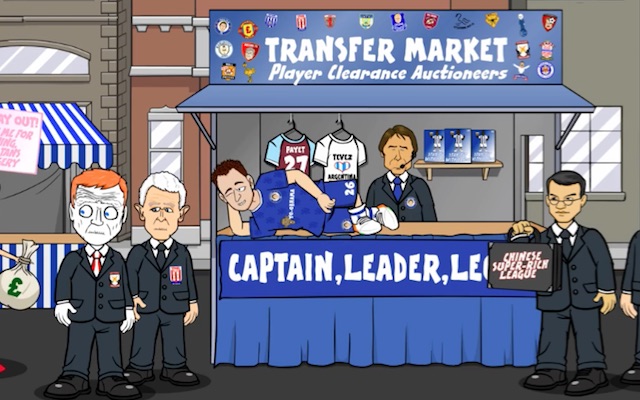 Scroll down to watch the brilliant new 442oons video.

The story of the January Transfer Window so far has unquestionably been the power-moves made by Chinese Super League clubs.

Chinese money saw Oscar leave Chelsea for Shanghai SIPG, who paid the Blues a fee of £60m according to Sky Sports, while many other star players continue to be linked with the Far East.

SEE MORE: Real Madrid to lose star man to China as he snubs new contract for £246,000 wages in Far East

We teamed up with the brilliant 442oons recently and gave them a rough idea for a satirical sketch on how the Chinese are hijacking the ‘Transfer Market’.

Unsurprisingly, witty football genius Dean at 442oons smashed it and came up with the brilliant video below.

In the hilarious sketch, Premier League managers are seen attempting to sell their deadwood with little success until the CSL boys arrive, suitcases bursting with cash.