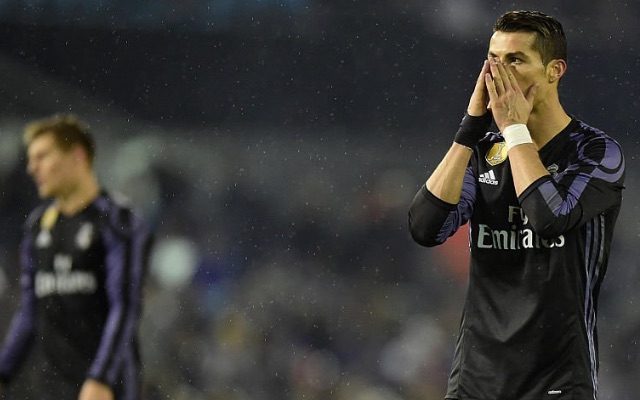 Real Madrid are out of the Copa del Rey after Celta Vigo reached the quarter-finals at their expense by securing a 2-2 draw at Balaidos on Wednesday night.

A shock 2-1 win away for Celta in the first leg had left the tie interestingly poised, although Real still began the game as strong favourites to progress.

However, that changed on 44 minutes when Danilo scored an own goal after the ball struck him on its way out from a Kiko Casilla save from John Guidetti.

Real, who had twice rattled the woodwork prior, equalised on the night courtesy of a trademark Cristiano Ronaldo free kick around the hour-mark.

That looked like being the tie’s turning point, but Daniel Wass punished some sloppy defending to restore Celta’s two-goal aggregate lead on 85 minutes.

Lucas Vasquez headed home to make it 2-2 on the night and set up four nervous minutes of stoppage time.

However, it was Celta who came closest to scoring the game’s fifth goal, with Castilla thwarting Jozabed from close range.