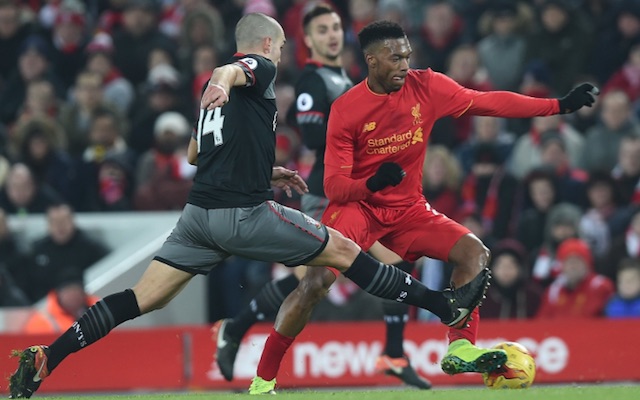 Flat, frustrating, found out – Liverpool’s defeat to Southampton was another nail in what has been a horrendous month for the men in red. Alex Miller looks at five points to ponder on what was a dire night for home fans at Anfield.

Call it a rest, call it a dropping, call it what you like, but the fact is that Emre Can is in dire need of some time off the field. He’s not alone of course, but the German midfielder, so often a source of dynamism and purpose in the middle of the park, has looked tired, cumbersome and completely devoid of confidence in recent weeks.

With Jordan Henderson looking as though he’s still suffering the effects of injury, the midfield needs an injection of energy, and with Joel Matip back in action after his FIFA-sponsored holiday, Jurgen Klopp should have less cause for an anchor in front of the back four.

Set up deep and counter when the mood strikes. Teams have worked out how to get a result against Liverpool, that’s nothing particularly new. If Plymouth could almost do it over 180 minutes, their south-coast counterparts were always going to be capable, especially when you consider the three clean sheets they had already kept against Liverpool this season.

Everything the Reds have thrown at various opponents in recent weeks has been predictable and stale, and what’s concerning is not that Liverpool are unable to come up with anything to counter the team-bus tactic, but that they seem unwilling to try. It may not have been pretty, but on an evening that was blowing a gale, would a few more direct balls into the box have been worth trying?

3 – A quiet January has been a big mistake

Tired, slow, lacking in bite, both squad and fanbase badly need an injection of something, anything. The decision to not make any additions during the January transfer window looks more and more foolish with every passing day.

Away from the woes of another uninspiring Liverpool performance, it’s a small consolation to see that not much has changed at Southampton. How they keep churning out results season after season despite constant upheaval in playing staff and management is testament to a very well run club.

If, as expected, Liverpool miss out on Virgil van Dijk and still feel like dipping back into Southampton’s familiar talent pool, they’d do well to go after Nathan Redmond, who in his 79 minutes provided more impetus than the sum of Liverpool’s efforts. Southampton were well worth their win over two legs.

5 – It could be a long second half of the season

Anyone deriding the Reds’ January blues as a mere bump in the road should think again. Klopp has a whole host of things to consider over the next few days and weeks, not least how to get his team playing with any sort of confidence.

The return of Sadio Mane is on everyone’s mind, but given just how abject Liverpool have been since his departure, that is a whole lot of hope to pin on one man.