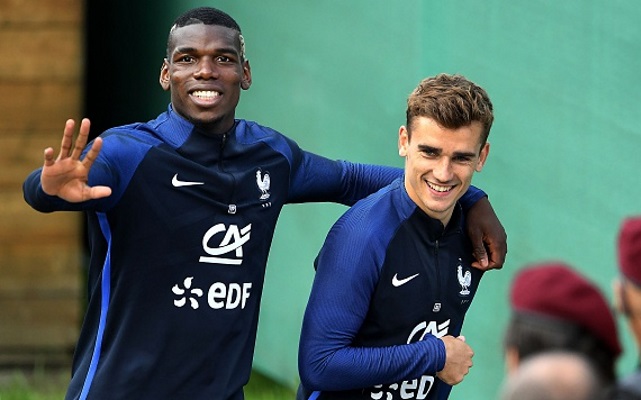 Griezmann has firmly established himself as one of the best players in the world in the past few campaigns. The Frenchman has scored 71 goals in the past two and a half seasons, very few players have scored more goals during that period.

He also finished as the top scorer in last summer’s Euro 2016 tournament, being named as best player as France finished as runners up. His stellar campaign earned him a podium finish in the Ballon D’Or rankings.

It appears to have caught the interest of Man United. As per The Sun, Mourinho is desperate to bring Griezmann to the club. They cite the Daily Record in reporting that the 25-year-old is keen on making the switch.

The Sun believe that Pogba is involved in daily conversations with Griezmann, and he is becoming a tool used by Mourinho to convince his compatriot to move to Manchester.

What a signing that would be.