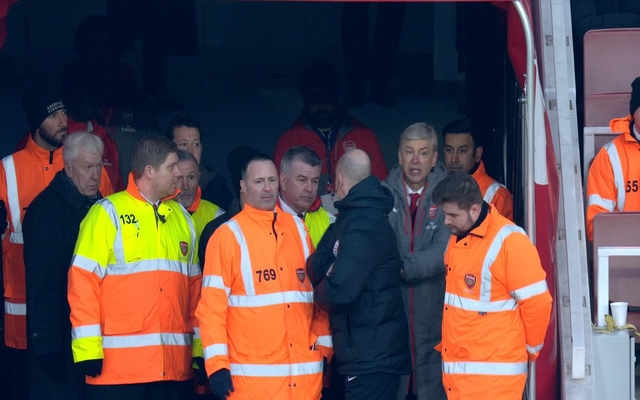 Arsenal manager Arsene Wenger has been handed a four-match touchline ban after being charged with misconduct, report the FA.

The FA report that Wenger used abusive and/or insulting words towards the fourth official. The Gunners boss was subsequently sent off, but the situation did not calm down there.

As per the FA, his behaviour in the tunnel, during which he appeared to push a match-official, was deemed as improper conduct. They note that the Frenchman admitted to the charge, and was sanctioned for his unacceptable behaviour.

Wenger will serve a four-match touchline ban and was also fined £25,000 as a result of his actions. That means he will miss Arsenal’s upcoming fixtures against Southampton (A), Watford (H), Chelsea (A) and Hull City (H).

With his side trailing Premier League leaders by eight points, and having to face them next week, this is the last thing that Wenger could have done with.