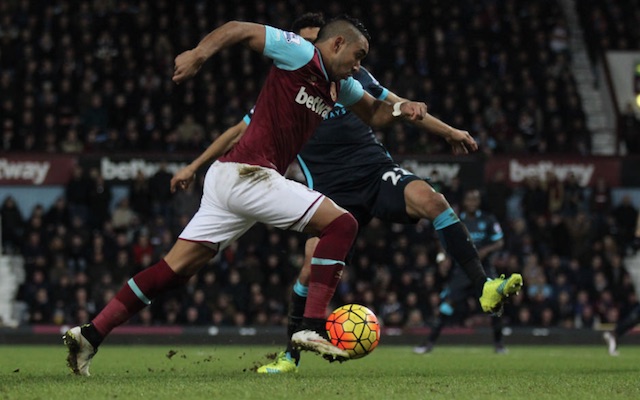 West Ham United are reportedly edging ever closer to reaching an agreement with Marseille over the sale of playmaker Dimitri Payet.

The 29-year-old has been frozen out of the first-team squad since informing boss Slaven Bilic earlier this month that he wanted out.

With a whole host of clubs reportedly interested in acquiring his services, former club Marseille have emerged as the most likely destination and as reported by The Mirror, they are now agonisingly close to reaching an agreement.

According to the report, just £1m stands between the two sides after extensive talks, and it’s added that the deal is expected to be completed over the weekend.

Marseille have failed with three previous bids, but have now offered £22m plus £3m in add-ons, while West Ham have dropped their demands of a £35m price-tag to £26m with add-ons.

It remains to be seen whether or not they can make that final step and get the deal over the line, as ultimately West Ham will want Payet out of the club before the January deadline and the French international is desperate to escape.

In turn, while there is confidence in the Mirror report that a deal will be done this weekend, there is of course a chance that it will go down to the wire if neither club are willing to budge.

Nevertheless, it does suggest that we’re nearing an end to the saga after weeks of discussion, and while on one hand it will be a shame to see Payet leave the Premier League, it appears as though there is no other option for him to get back to playing regular football and dazzling on the pitch.