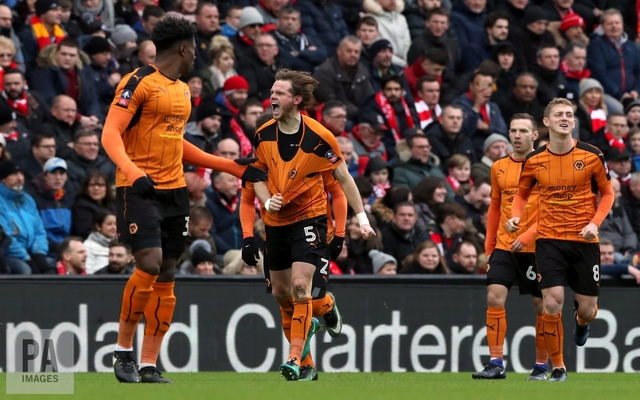 Wolverhampton Wanderers took less than a minute to score the opening goal in their FA Cup fourth-round meeting with Liverpool at Anfield on Saturday.

The pressure is on the Premier League side after a run of just one win in seven in all competitions since the turn of the year, but that didn’t prevent Jurgen Klopp from making nine changes to the side that faced Southampton in midweek.

As for the visitors, a fast start was key to disrupt the Reds from settling and dominating the game, and they made the perfect start with Richard Stearman nodding home less than 60 seconds into the game.

What a start for @OfficialWolves!?

In contrast, it’s a nightmare start for Liverpool who will have to keep their calm and overturn their deficit, although they of course have the advantage of having plenty of time to do so.

Nevertheless, what the goal will do is raise further question marks about their defence. Stearman was allowed to burst clear, albeit possibly from a starting offside position, and was left unmarked to give Loris Karius no chance.

Their inability to keep things tight at the back has been the biggest criticism of Liverpool so far this season, and they did little to stop that talk on Saturday.