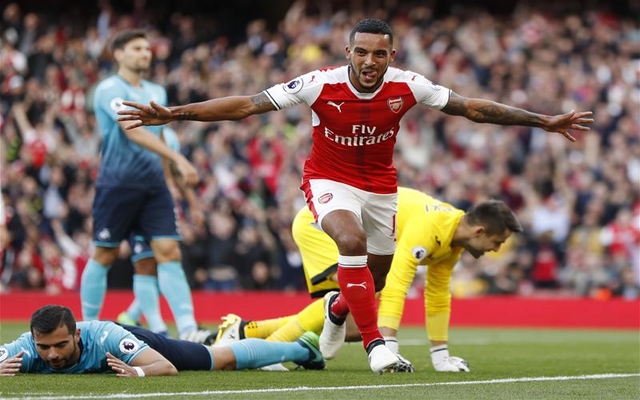 Theo Walcott rounded off a stellar Arsenal performance against Southampton by bagging his third goal of the game.

Walcott already had a brace, but the England international was hungry for more. He latched onto the end of Alexis Sanchez’s cutback to wrong-foot the goalkeeper and complete his hat-trick. It is the fifth time he has scored a hat-trick in an Arsenal shirt.

Sanchez also provided his second assist of the game, despite only being on the field for 30 minutes. What an incredible player the Chilean is.