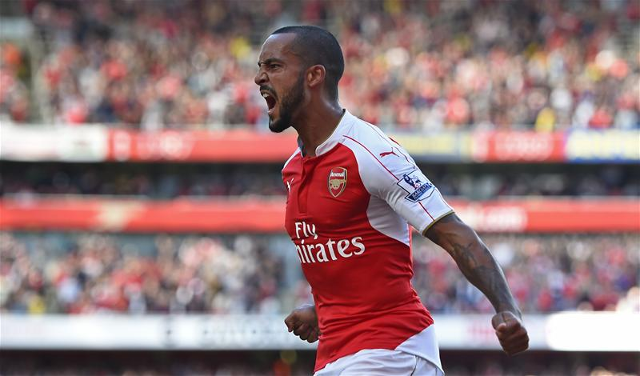 Theo Walcott has scored his second goal of the game to extend Arsenal’s advantage over Southampton to four.

Walcott had scored earlier in the game, prodding home Danny Welbeck’s smart cut-back into the back of Fraser Forster’s net.

The England international has now added another to put the cherry on top of an emphatic win for Arsenal. It’s his 13th goal of the season in all competitions, which is impressive as he had a spell on the sidelines with a calf injury.

Alexis Sanchez had been on the field for just three minutes when he provided an assist for Walcott’s goal. What an incredible player he is.