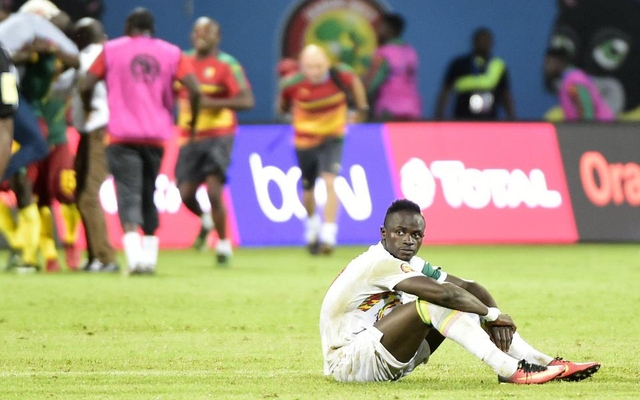 Liverpool ace Sadio Mane was left in tears after missing a crucial fifth penalty for Senegal in their shootout with Cameroon in the Africa Cup of Nations quarter-finals.

As seen in the video below, Mane had to be dragged to his feet as he was left distraught after his penalty miss with the tournament favourites bowing out.

From a Liverpool perspective, while supporters would not have enjoyed seeing their summer recruit left devastated, they will now see him return earlier than expected with Tuesday’s showdown with Chelsea at Anfield looming.

Mane is inconsolable as he been told he must return to Liverpool pic.twitter.com/kqbJcVso7z

It’s unclear as to whether or not the 24-year-old will return in time, but given the circumstances, it’s unlikely that Jurgen Klopp will rush him back.

Nevertheless, he will need him back as soon as possible as Liverpool’s form in January without Mane has been dire.

The Reds have won just one in eight games in all competitions, an FA Cup replay against Plymouth Argyle, but have since been knocked out of both cups and have fallen to fourth place in the Premier League table, ten points adrift of leaders Chelsea.

It’s more than a coincidence that this has all happened with Mane in Gabon, and it just underlines his importance to the team.

However, a club like Liverpool can’t use that as an excuse as they have quality right across the pitch. With or without Mane, they will be desperate for a response, a big performance and a big result against Chelsea next week.