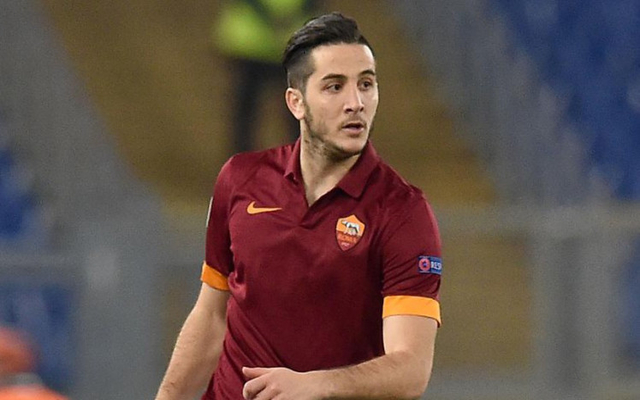 Roma defender Kostas Manolas has been linked with a late exit from the club ahead of the January transfer window deadline.

It comes after the Greek international was rested in the defeat to Sampdoria on Sunday, with suggestions that perhaps it was with a view that he may be leaving before Tuesday night.

According to La Gazzetta dello Sport, with a lack of progress in contract talks and with Roma under pressure to balance their books as per Financial Fair Play regulations, they have to sell a senior player in this window.

It was believed to be Leandro Paredes, but with no move materialising which Roma are willing to give the green light to, then they could be forced to listen to offers for Manolas.

That will alert Man United and Chelsea immediately, with the former linked with a staggering £47.6m offer for the commanding centre-half earlier this month, as per The Sun.

Arsenal were also linked with a move last summer, but a move to the Emirates seems highly unlikely after Arsene Wenger splashed out on Skhodran Mustafi instead.

However, Jose Mourinho may face competition from former club Chelsea, as The Express noted earlier this month that Antonio Conte was keen to strengthen his defence with the Greek ace.

It remains to be seen whether or not a deal can be thrashed out between now and the deadline, but the update from Italy will undoubtedly have interested parties scrambling to determine whether a move is a realistic possibility as Roma’s financial limitations will see them have to sell one of their top players again.

Manolas arrived in 2014 and has gone on to establish himself as one of the top defenders in Serie A with his consistency and solid performances.