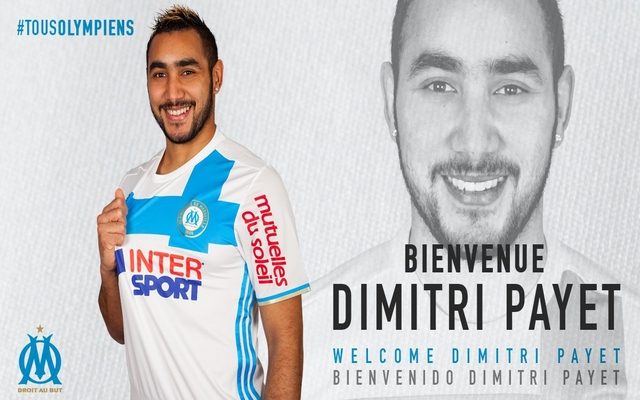 Dimitri Payet has completed his £25m move to Marseille, but West Ham United chairman David Sullivan has revealed his disappointment in the Frenchman.

As noted by Sky Sports, the 29-year-old has signed a four-year contract with the Ligue 1 side, and will be officially unveiled on Monday at a press conferee following his big-money return to his former club.

It signals the end of his unhappy spell at West Ham, as after dazzling last season he informed manager Slaven Bilic of his desire to leave earlier this month and had been snubbed since.

Payet was so desperate to return to France that it’s even claimed by Sky Sports that he has taken a £25,000-a-week pay-cut after rejecting significant offers from China.

Fortunately for all concerned, an agreement was eventually reached between the two clubs and while Payet will now look forward to a new chapter in his career, Sullivan has blasted him for his behaviour in the events leading up to his departure.

“The club would like to place on record its sincere disappointment that Dimitri Payet did not show the same commitment and respect to West Ham United that the club and fans showed him, particularly when it rewarded him with a lucrative new five-and-half-year deal only last year,” he said, as reported by Sky Sports.

“To be frank, my board and I would have preferred for him to have stayed in order to make an example of him, as no player is bigger than the club.”

While there will undoubtedly be bitterness over how things turned out, it is certainly best for parties all concerned that Payet has moved on.

Bilic could ill-afford to have him dampen the atmosphere at the club and effect his teammates, and with new recruits arriving this month, he’ll be confident that they’ve done enough to enjoy a successful life without Payet.

As for the playmaker himself, his form last season and at Euro 2016 was stunning, and it’s hoped despite starting his own troubles in east London, he can get back to those levels and impress once again.