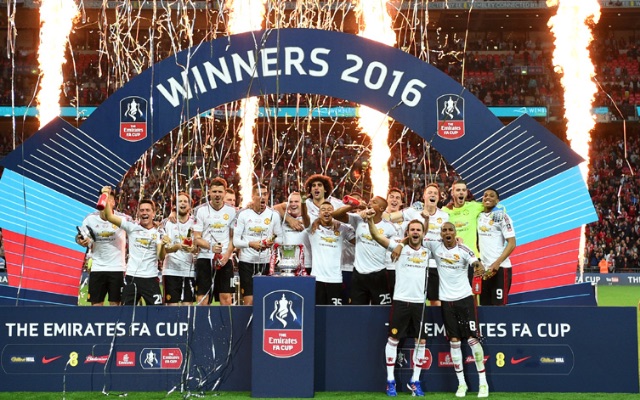 Giant-killers Sutton United were handed a home tie against Arsenal as reward for their slaying of Leeds United when the FA Cup 5th round draw was made on Monday night.

Arsenal may be pleased to have been paired with the lowest-ranked side left in the competition, but the fact that Sutton’s Gander Green Lane stadium uses a synthetic 3G pitch could be a concern for the Gunners, especially considering their woeful injury record.

The only other non-League team in the hat were also given a crack at Premier League opposition in the last 16, as Lincoln City were drawn away to Burnley.

Former Blackburn Rovers captain Robbie Savage and England manager Gareth Southgate were the men in charge of the balls during the draw, which was televised live on BBC One. And Savage gave Rovers a tough test by sending defending champions Manchester United to Ewood Park.

Fancied contenders Chelsea, Tottenham Hotspur and Manchester City all got away ties against sides from the Championship.

Chelsea must go to Wolverhampton Wanderers, who won at Anfield on Saturday, while Spurs have a London derby at Fulham to navigate.

Man City – who were joint favourites to lift the cup, along with Chelsea, before the draw was made – will take on Huddersfield Town.

Only one fourth-round tie required a replay, after Derby County and Leicester City drew 2-2. Whoever prevails when that East Midlands derby is rerun faces a tough trip to Millwall.

These ties will take place over the weekend of February 18, 19.