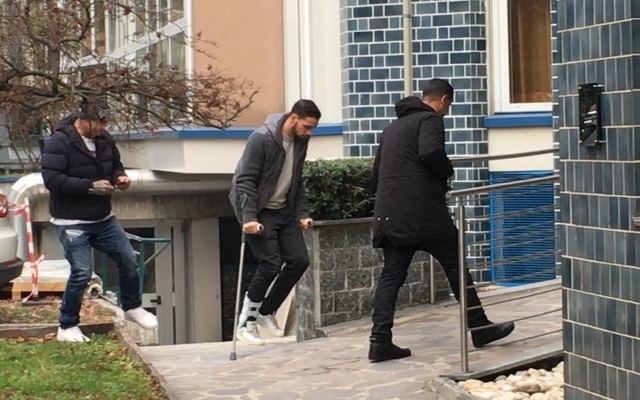 AC Milan are set for an anxious wait to determine whether or not Mattia De Sciglio and Giacomo Bonaventura are set for lengthy spells on the sidelines.

Both players were forced off with injuries in the 2-1 defeat to Udinese on Sunday, and both looked in a bad way as there were early fears that they could be out for a significant period of time.

As seen in the image below, De Sciglio arrived at the La Madonnina clinic on Monday morning to undergo initial tests, with his injured ankle in a protective boot and with crutches to assist him.

Meanwhile, Bonaventura is expected to attend the clinic in the afternoon after suffering a hamstring injury, as per La Gazzetta dello Sport, and coach Vincenzo Montella will be desperate for positive news on both men as they are crucial to the Rossoneri’s progress this season.

Milan were left incensed with the challenge from Rodrigo De Paul that left De Sciglio in agony, as the Udinese man only received a yellow for the horrendous foul and scored the winning goal just moments later.

As for Bonaventura, it looked innocuous at the time as he blocked a cross from coming in, but having lost his balance and fallen to the pitch, he couldn’t continue either having put his side ahead in the game.

With the club unlikely to be able to bring in any further cover, aside from Lucas Ocampos who underwent his medical on Monday morning, this could be a costly double blow for Montella.

The Rossoneri are struggling having lost three of their last four in all competitions, and have slipped down to seventh in the Serie A table with a game in hand.

Lots of speculation #Bonaventura and #DeSciglio will be out for months. Wait and see on timelines, but this doesn’t look good. #ACMilan pic.twitter.com/Kv3ZGfPckD