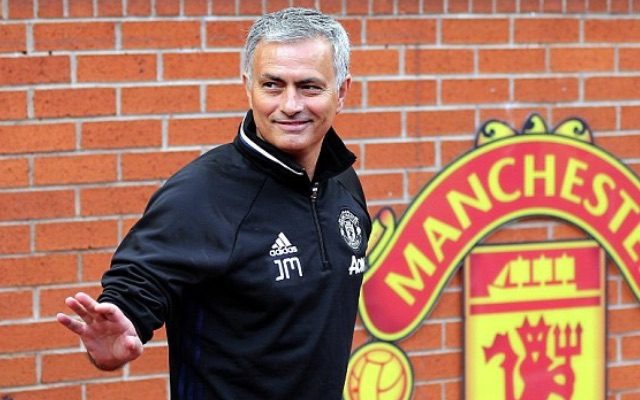 Man United are seemingly unlikely to do any major business before the January transfer window deadline, but Jose Mourinho has revealed one player could leave.

The Red Devils continued their impressive unbeaten record with a 4-0 win over Wigan Athletic in the FA Cup on Sunday, with Bastian Schweinsteiger given a rare start.

He took his chance and even scored a goal in the rout as his inspiring comeback continues, and Mourinho has now confirmed that he won’t be leaving in January.

“Yeah, he is staying. He is going on the Europa League list because we open spaces with Depay and Schneiderlin having gone and we don’t have many options in midfield,” he is quoted as saying by The Sun.

It’s a remarkable turnaround for the 32-year-old, who wasn’t included in the Premier League squad list and was snubbed in Europe too.

With all roads leading to a disappointing exit from Old Trafford, he has continued to remain professional and fight for his United future, and it appears as though slowly but surely he’s getting to a point where Mourinho will trust him.

In contrast, one player who may not be at Old Trafford beyond this month is Ashley Young, as his United boss conceded that he could be the only player to leave before Tuesday’s deadline.

The 31-year-old has struggled to make an impact under the Portuguese tactician this season, with fierce competition for places keeping him out of the team.

Sky Sports claim that Chinese Super League side Shandong Luneng are keen, as are several other Premier League sides, but while Mourinho is open to allowing him to leave, he will certainly be disappointed to see the former Aston Villa winger leave.

“The only player that I am aware of a possibility to leave is Ashley Young – a player I would love to keep,” he said, as noted by Sky Sports.

“That is why he didn’t play and I gave chances to other people, because I don’t know if he is going to stay. If I could choose, definitely yes he would stay with us.”

Young joined United in 2011 and has made over 100 Premier League appearances for the club, winning a Premier League title in 2013 and the FA Cup last year.