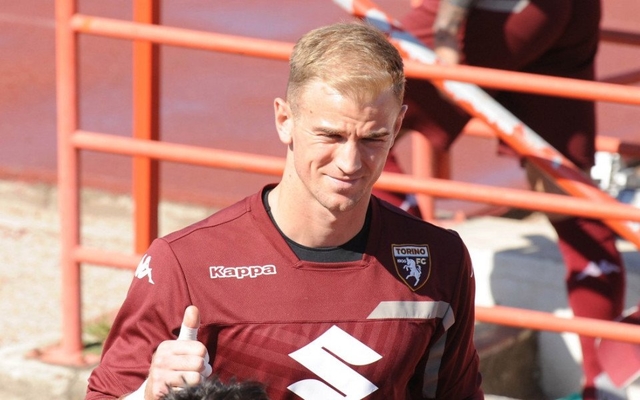 Manchester City goalkeeper Joe Hart doesn’t appear to have a long-term future at the club, and in turn he could be on the move in the summer.

The England international is currently enjoying a loan spell with Torino after being snubbed by Pep Guardiola at the start of the season, with replacement Claudio Bravo not exactly setting the Premier League alight thus far.

Despite Bravo’s troubles, it appears as though Hart will likely still be sold for the right offer, as Sky Sports report that although Liverpool have been ruled out of the running, West Ham could be keen on taking the 29-year-old to the London Stadium at the end of the season.

Hart has kept five clean sheets in 20 outings for Torino so far this year, and to his credit, he has overcome a sticky start to playing for a new club, in a new country and without mastering the language and come through the other side.

He will undoubtedly hope that it helps his cause moving forward as he looks set to be on the market again this summer, and Slaven Bilic appears to be keen on giving him a chance to impress in the Premier League.

Ultimately, the 29-year-old didn’t fit the ideals of Guardiola, who wanted a goalkeeper who was comfortable with the ball at his feet.

The problem for the Spaniard has been that Bravo and his defence haven’t been solid enough this season, and that’s why they find themselves in fifth place in the Premier League table, 12 points adrift of leaders Chelsea.

City have conceded 28 goals in 22 games which gives them the worst defensive record of the top seven sides, and so perhaps Guardiola may need a rethink himself in the summer.