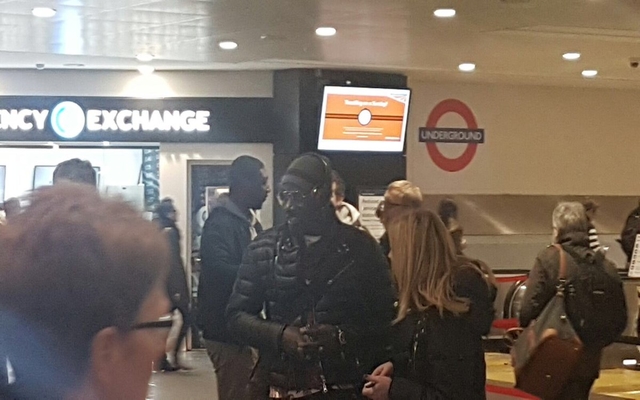 Liverpool defender Mamadou Sakho has been spotted at Euston station in London, but the demands of his club may scupper a possible late exit from Anfield.

The French international hasn’t featured at all under Jurgen Klopp so far this season after disciplinary problems dating back to last season have soured their relationship.

In turn, if he has a desire to play regular football then he will have to leave Merseyside with Crystal Palace reportedly interested.

As seen below, Sakho is seemingly ready to do his part when ready as he is in London on Tuesday, but as reported by Sky Sports, there could still be an issue over his price-tag.

BREAKING NEWS EXCLUSIVE : Just seen Sakho in London Euston – he never said were he was going but I did speak to him and wish him luck!!! pic.twitter.com/BJj0Y1PbuC

According to the report, Liverpool will not sell the 26-year-old for anything less than £20m and will only allow him to leave in a permanent deal after rejecting Southampton’s advances earlier this month to sign him on loan, as noted in the report.

It’s also claimed that Sakho wants an increase on his £105,000-a-week wage at Liverpool, and so the numbers may not add up for Palace unless they can negotiate the fee and salary.

Nevertheless, with no future under Klopp at Liverpool, Sakho will surely now be moved on rather than not only waste his talent on the sidelines, but also from the club’s perspective to continue to have to shell out on a player who isn’t playing for the first team.

In turn, an exit prior to the deadline would be the ideal solution for all concerned, now it will be down to Palace to find an agreement on both fronts if their interest is genuine.