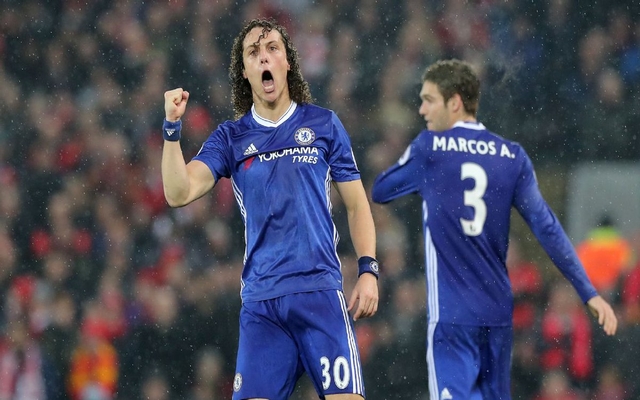 Chelsea were held to a 1-1 draw by Liverpool at Anfield on Tuesday night, with Georginio Wijnaldum cancelling out David Luiz’s opener.

The Brazilian had broken the deadlock with a stunning free-kick, which had initially caused some controversy. However, replays revealed that referee Mark Clattenburg had blown his whistle which in turn meant that Luiz had every right to take the set piece early.

In turn, it was Simon Mignolet at fault as he was still organising his wall and getting into position, and his error led to the goal and left Liverpool red-faced.

However, Wijnaldum struck early on in the second half before Mignolet redeemed himself as he stopped a Diego Costa penalty with a brilliant save to keep his side in the game and avoid a fourth straight defeat in all competitions.

Neither side could find a winner and although Chelsea would have been disappointed to drop points, Premier League title rivals Arsenal and Tottenham were unable to take advantage as the former now prepare for their trip to Stamford Bridge this weekend.