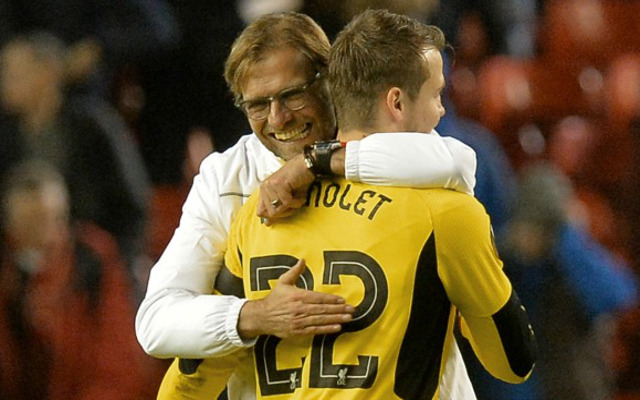 Liverpool goalkeeper Simon Mignolet went through the emotions on Tuesday night as he produced this stunning penalty save to deny Chelsea striker Diego Costa.

The Belgian international was at fault for Chelsea’s opening goal as he was caught out by David Luiz, and it unfortunately led to plenty of criticism on social media heading in his direction.

Liverpool found an equaliser through Georginio Wijnaldum early in the second half, but it looked as though they were set to fall behind again after Diego Costa was brought down in the box by Joel Matip.

However, much to the delight of Jurgen Klopp, Mignolet got down well to his right to push Costa’s spot-kick out for a corner as he made up for his earlier error to keep his side in with a chance of winning the game.

Both Mignolet and Loris Karius have faced plenty of criticism this season, but the Belgian would certainly have enjoyed this moment as he will hope it inspires his side to go on and stun the Premier League leaders with a comeback.