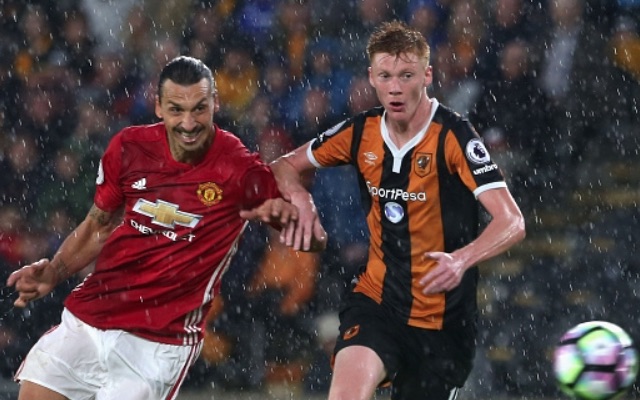 The 26-year-old was born in Lincoln but, he admits that he loves Manchester United.

Clucas played at Old Trafford for the first time in his career earlier this month when Hull lost 2-0 in the first leg of their EFL Cup semi-final.

The occasion clearly meant a lot to Clucas, who claims he felt like a little kid and wanted to hold hands with 35-year-old United striker Zlatan Ibrahimovic.

Clucas was quoted by The Mirror as saying: “All my family are massive United fans, and so am I.

“In fact I go to bed every night dreaming of scoring the winner for United at the Theatre of Dreams.

“We went there a couple of weeks ago in the first leg of our EFL Cup semi-final and I was in total awe.

“I felt like I should have been a mascot rather than one of the players, so much so that I wanted to walk down the tunnel and out onto the pitch holding Zlatan Ibrahimovic’s hand!

“And after the game I just had to get Wayne Rooney’s shirt. I couldn’t miss an opportunity like that – getting the No.10 jersey worn by United’s all-time record scorer.”

Clucas mentions Ibrahimovic and Rooney when discussing his United heroes, but it will be Paul Pogba who must be the focus of his attention tonight.

The midfield battle between Clucas and Pogba could go a long way to deciding the result at Old Trafford.

A win for United would see Jose Mourinho’s men close to within two points of fourth place and just one below Tottenham Hotspur in second.

Hull will remain in the relegation zone regardless of the result, but a shock victory would take the Tigers from five points adrift to just two from safety.