The foolish Frenchman was criticised by safety charity BRAKE last week after being pictured by The Sun using his phone and drinking a yoghurt while driving his £85,000 Audi RS6-R.

BRAKE spokesman Mike Bristow told the Daily Mail: “It’s incredibly frustrating to see high-profile footballers thinking it is OK to use a phone whilst driving.

“An estimated one in five crashes are caused by distracted drivers: you need to have your hands on the wheel and your attention on the road at all times.

“Paul is a role model in the public eye and should be setting a better example to the people who follow and look up to him.”

Despite the negative reaction in the media, Pogba responded with humour when arriving for Wednesday training.

When passing through the paparazzi, the former Juventus star made this phone gesture with his hand, as reported again by The Sun. 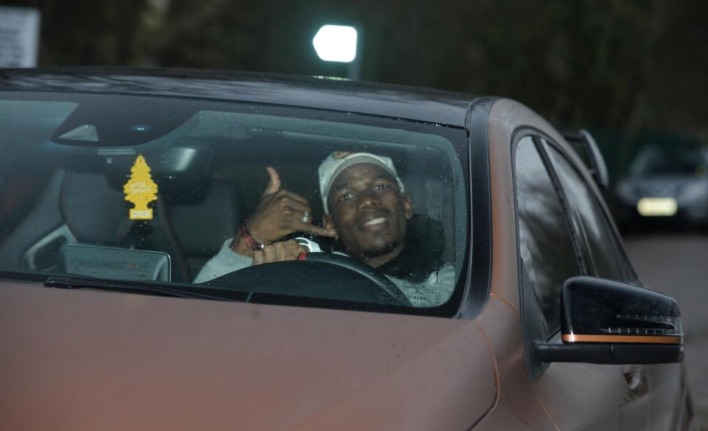