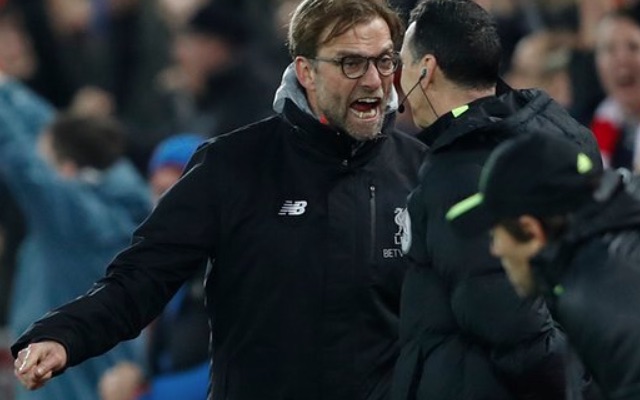 And while many refs may well live up to that reputation, Neil Swarbrick proved last night that some of them can be alright blokes.

Swarbrick was the fourth official during Liverpool’s 1-1 draw with Chelsea.

Liverpool came from 1-0 down at Anfield, but then looked set to fall behind again when Diego Costa won a controversial penalty for the Blues.

Reds manager Jurgen Klopp was angry and when Costa’s spot-kick was saved, he let out that anger with an animalistic release of emotion in the face of Mr Swarbrick.

Fifty-one-year-old Swarbrick could easily have opted to send Klopp to the stands, or at least give him a telling off, but instead he decided to be surprisingly sound.

Klopp told The Guardian: “I turned to him and said: ‘Nobody can beat us.’ Obviously that is absolutely not true but that’s what I said in this moment.”

He added: “I went back to the fourth official and said: ‘Sorry – you are the wrong person to speak to.’ He said: ‘No problem, I like your passion.’ I have never heard that from an official before. That was cool.”