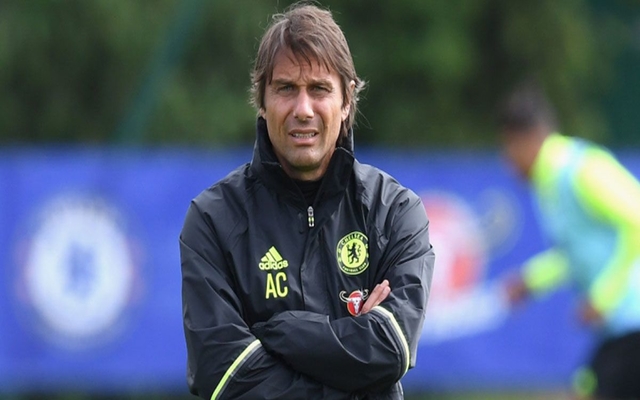 Antonio Conte’s 3-4-3 has made the Premier League look relatively easy for the Blues. However, in order for Chelsea to evolve into a side capable of fighting into the latter stages of four competitions next season, it may well be necessary for Conte to instigate another formation change.

Before his time at Juventus, Antonio Conte’s success came from a 4-4-2 or 4-2-4. Neither of these formations were possible with the Juventus team he inherited, however, partly as the Bianconeri squad contained Bonucci, Barzagli and Chielini, necessitating a back three. But the real reason for his formation change was that Conte wanted to fit Arturo Vidal, Andrea Pirlo and Claudio Marchisio all into the team at once, hence he adapted to the 3-5-2 for which he is now known. Conte was able to construct a side that would be able to shield Andrea Pirlo’s lack of mobility and allow the Italian playmaker to dictate games to great effect.

Cesc Fabregas, Chelsea most creative player and one of the best passers in the Premier League, has been on the fringes this season. Conte has so far favoured N’Golo Kante and Nemanja Matic for the solidity they provide and the platform it gives to Chelsea’s talented forwards to do damage as an attacking triumvirate. Nonetheless, despite being top of the league by nine points, this Chelsea side simply is not good enough to leave a player of Fabregas’ quality out. During the match against Liverpool at Anfield the Blues managed a paltry 23 passes in the first 18 minutes and struggled to hold onto the ball all night.

That is until the eighty-third-minute introduction of Fabregas.

In his short cameo appearance he provided exactly what Chelsea were missing. Suddenly the West London outfit were on the front foot, keeping possession far better and playing positive passes from midfield into attack. At this stage of the match Conte had swapped to a 3-5-2, and this is the evolution that may well be needed next season. Just as Conte accommodated for Pirlo’s deficiencies, he should now do so for Fabregas’. After all, this is an individual who holds the record for the fastest player to reach 100 Premier League assists. He is simply too good to leave out.

Playing two midfielders week in week out next season with Europe to contend with may also create problems with fatigue for the Blues. Working as they currently do, without a full week break between games, could well be very difficult to replicate over the course of a season. Especially given Kante and Matic will likely be outnumbered in many of the games due to the trend towards playing three central midfielders. Playing Fabregas provides another body in the centre of the pitch and means the Blues will conserve energy by keeping possession more.

Another possible indicator that Conte may opt to move towards this formation is that he does seem to favour two strikers. Every side the Italian has managed, before Chelsea, has made use of two strikers. Conte chose to use one striker with two additional wingers because of the current strengths in Chelsea’s squad, and as he does not seem to fully trust Michy Batshuayi. However, Chelsea’s wingers are precisely the reason that a formation change may well be tricky to implement.

Much has been made of Eden Hazard’s average positioning this season. The Belgian has been playing much closer to Costa, often further ahead, and playing the winger as a second striker could well be an option next season. However, it is unclear how Conte would then deploy Pedro or Willian. Neither would appear to be a natural fit as a second striker, but the sacrifice to fit in Chelsea’s most creative influence in Fabregas may well be necessary next season.

During his early days as Chelsea boss Conte described himself as a tailor trying to find the correct fit for his team. With European competition all but confirmed next season, the suit tailor may well need to get his tape measure out once again.