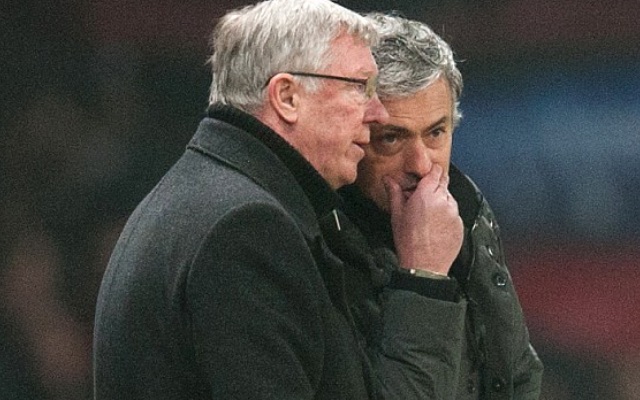 There is growing belief among wise observers that Jose Mourinho is at last solving the Manchester United problem. After three seasons of post-Fergie underachievement, there are very real prospects of a trophy and a top-four finish.

Alex Ferguson, speaking to the BBC last week said: “I think he has done a great job. You can see he has got to grips with the club….the team is playing really well and he has been very unlucky.”

There is already talk of offering Mourinho an extension to his three-year contract, in spite of his notoriously short attention span. “The team is mirroring its manager,” concluded Ferguson, pleased that it is getting down to business, and leaving behind the frustrations and poor form that led to a run of dismal results and the two touchline bans for Mourinho earlier in the season.

After a period in the wilderness, this progress will please most of the Old Trafford faithful. And yet for many of their seasoned fans, and most neutrals, this level of modest first season success for Mourinho still rings hollow.

It’s not the fact that United have spent record amounts on players and, after recent draws with Liverpool and Stoke, are still way off competing with league leaders Chelsea for title supremacy. The overriding worry is the style of play. Calm and measured Mourinho may have become, but all his previous teams were famed for their pragmatism. Winning in style is not on his agenda, and that could prove to be his undoing at Old Trafford, the Theatre of Dreams.

His time at Porto, who knocked United out of the Champions League in 2004, can be overlooked. He was operating there with relatively limited resources and a safety first outlook was understandable. But at Abramovic’s Chelsea (first time round), and at Madrid and Milan, he achieved success without winning hearts. His tactics would be constantly questioned for their negativity. When in 2011 he put defender Pepe into a “dogs of war” midfield to contest the Clasico fixture at the Bernabeu, Ronaldo spoke for many in the team when he said in a post-match interview ‘I don’t like to play that way, but I have to adapt to what the team asks from me.’ He was promptly dropped for the next league game.

The manager’s current and continued faith in Marouane Fellaini is symptomatic. An awkward player, he can wreak havoc late in a game in the opponent’s box. But his lack of finesse and occasional thuggish streak have made him unpopular. The fans made their views on Fellaini known as he warmed up before a substitute appearance against Spurs in December. “He is a player that I like,” said Mourinho afterwards, “he will always have my protection.” Bringing him on nevertheless is usually a sign of desperation. Starting with him an act of defiance.

Mourinho is sensitive to accusations of defensive tactics. In the last few weeks he has criticised two of the league’s top three scorers, Chelsea and Liverpool, for their defensive approach. No doubt with his tongue firmly in his cheek. He is particularly prone to the negative approach in big games. If it brings United success, that negativity will be tolerated. But it is the added cynicism that comes with his tactics that will continue to undermine any claim he might stake to being special, and continue to lose him admirers.

A look at the Fairplay League pinpoints the problem.

For 2016/17, with 46 bookings and 1 red card in the league this season, Manchester United lie in an uncomfortable 15th place. Below West Brom and Crystal Palace, but comfortably above Man City (44/4) and Watford (51/3) who take up the bottom two positions. The vagaries of refereeing decisions can of course have a significant bearing on position, but few United fans would argue that they have been treated harshly this season when they recall the two-footed challenges of Marcus Rojo, or Rooney’s studs up challenge on Milner. But where the stats become particularly damning is the total number of fouls committed. United, with 287 fouls, are second only to Watford. In 22 games they have committed over 60 fouls more than Manchester City, Liverpool or Arsenal. The player who has committee the most fouls in all teams is Paul Pogba (45). Herrera and Ibrahimovic are also in the top 15.

To be fair to Mourinho, in the 2015/16 under Van Gaal the statistics were even worse, with 464 fouls in total, 115 more than Arsenal who topped last year’s Fair Play league. It suggests a style of play that is not just defensive, but destructive. It used to be a premier league truism that every successful team needs a hard man or two. But combine a safety first outlook, a nasty streak, and limited success and you have a recipe for fan dissatisfaction, and one which won’t be bought off by another trip to Wembley.