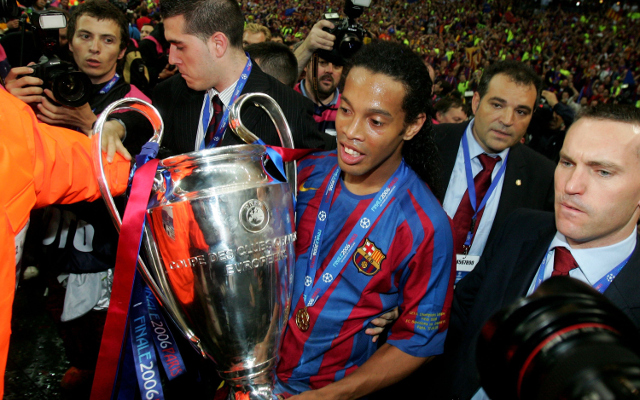 Ronaldinho will continue his service to Barcelona with off the field duties as the club’s new ambassador, report The Sun.

Ronaldinho wrote his name into Barcelona, and footballing, folklore during his time at the Camp Nou. Throughout his 204 appearances for the Catalan giants, he established himself as one of the greatest players ever to play the game.

The Brazilian legend found the back of the net 94 times in a Barca shirt, and was integral to so much success. He lifted the La Liga title twice, the Supercopa de Espana twice and also the coveted Champions League. Ronaldinho also won the Ballon D’Or in 2005 for his stellar performances. He scored 26 times as Barca won the treble.

He is now back at the club that holds his heart, but this time in a very different role. The Sun report that Ronaldinho has been named official club ambassador in a bid to enhance their brand internationally. Ronaldinho is home.