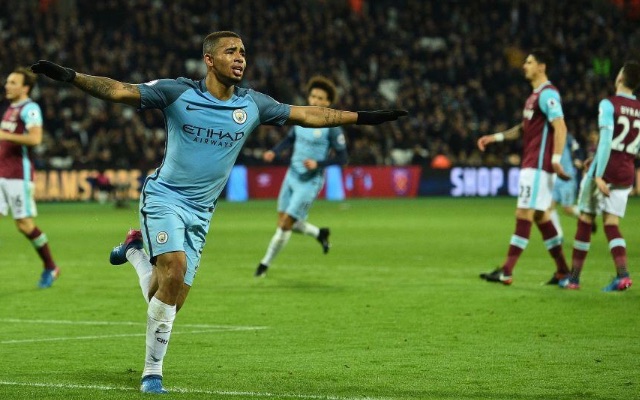 The 19-year-old Brazilian set up City’s first goal for Kevin De Bruyne and scored the third himself, while David Silva and Yaya Toure also got on the scoresheet.

Jesus touched the ball 44 times in total, firing in two shots and playing 35 passes. Check out his best bits below.

Gabriel Jesus vs West Ham (A)

Superstar in the making. pic.twitter.com/MN6aATlNB6

City’s win, coupled with favourable results on Tuesday, sees the Sky Blues close the gap on the three sides above them.

They are now below fourth-placed Liverpool on goal difference alone, while Tottenham Hotspur and Arsenal are within just one point of Pep Guardiola’s side.

Up next for City is a home clash with Swansea on Sunday.