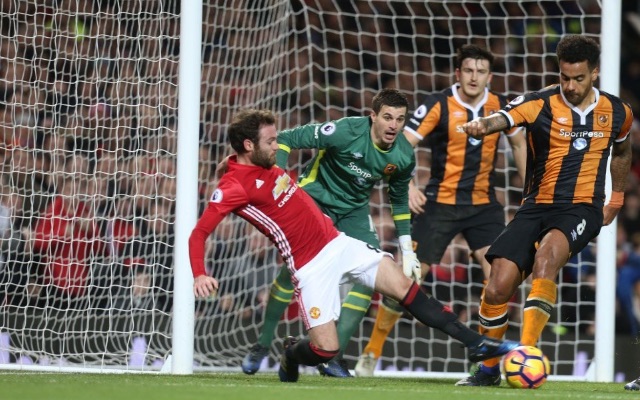 Jose Mourinho was typically grumpy on Wednesday night after his Manchester United side were held to a 0-0 draw by Hull City.

Speaking to BBC Sport, Mourinho refused to directly blame the Tigers for their perceived slowing tactics.

Instead, the Special One suggested that referee Mike Jones was at fault for allowing Hull to wind the clock down so frequently.

When BBC reporter Martin Fisher asked him to elaborate, Mourinho threw a diss his way and walked out of the interview.

“We didn’t score. When you don’t score, it is not possible to win.

“Their goalkeeper was good.

“We needed to score. We needed more time to play. If you played 35-40 minutes, in both halves, it is a lot. I think Hull City tried to see where they could go, the way they could behave and tried to see what the referee would allow them to do.

“They had the feedback and were comfortable to do what they did. I am not critical of that. They are fighting against relegation and every point is gold.”

In reply to journalist Fisher’s follow-up question, asking what ref Jones should have done, Mourinho added: “If you do not know football, you should not have a microphone in your hand.”

United had 67% of possession at Old Trafford and registered 15 of the game’s 21 shots, hitting the target with six of them.

However, it was Hull who came closest to breaking the deadline when Liverpool loanee Lazar Markovic hit the crossbar in the second half.