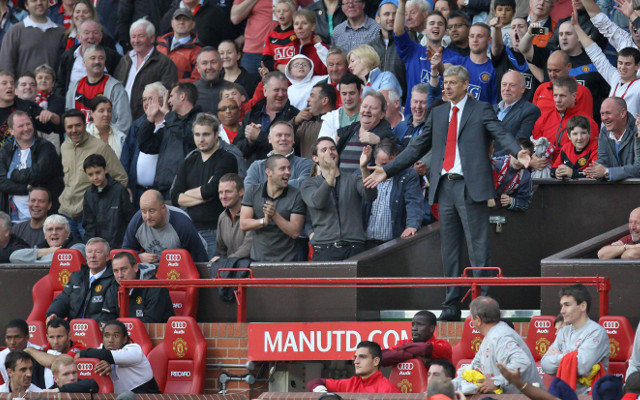 Arsenal boss Arsene Wenger will reportedly have to sit among Chelsea supporters during his side’s top-of-the-table Premier League clash at Stamford Bridge on Saturday.

The Frenchman is serving a four-match touchline suspension after his FA misconduct charge for pushing fourth official Anthony Taylor in the win over Burnley last month.

Having served two games already, the clash with Chelsea will be the third, and it’s been suggested that there could be some rather interesting seating arrangements for the game.

According to the Evening Standard, because the directors box is on the other side of the ground to the dressing room, Wenger will have to sit with Chelsea fans in the East Stand, albeit with the less raucous section of their support and with a heavy stewards presence to escort the Arsenal boss to and from his seat.

Further, it’s claimed that Arsenal will take their own security personnel in order to avoid any unsavoury scenes that could arise by putting Wenger in amongst rival supporters.

Wenger will be able to give his side a pre-match talk and a half-time rallying cry if necessary, but that will be the extent of his involvement on Saturday with assistant Steve Bould in charge of matters from the touchline.

Having suffered a devastating home loss to Watford in midweek, the Gunners know that they can’t afford to slip up again, especially against the Premier League leaders.

In turn, emotions will undoubtedly be running high on Saturday as both sides will be desperate for all three points, and Wenger will certainly be under pressure to ensure his side come away with something as he has been back in the firing line again this week after that poor Watford defeat.