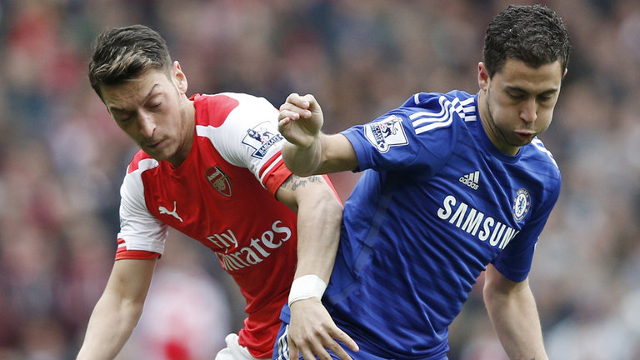 Chelsea host Arsenal on Saturday afternoon with the Gunners’ title-hopes hanging by a thread.

The Blues are nine points clear at the top of the Premier League table and are firm favourites to lift the title at the season’s end. After a shock defeat at the hands of Watford midweek, the Gunners have seen the gap between themselves and the Blues grow. They need nothing short of a miracle if they are going to win the title for the first time since the 2003/04 campaign.

The BBC have summarised all the latest team news for both sides. They report that there are no fresh injury concerns for Antonio Conte ahead of tomorrow’s game. Arsenal, however, will be without Aaron Ramsey, who is out injured for three weeks, and Mohamed Elneny, who is at the African Cup of Nations. With Granit Xhaka also suspended, Arsene Wenger has some serious issues in his midfield to battle with.