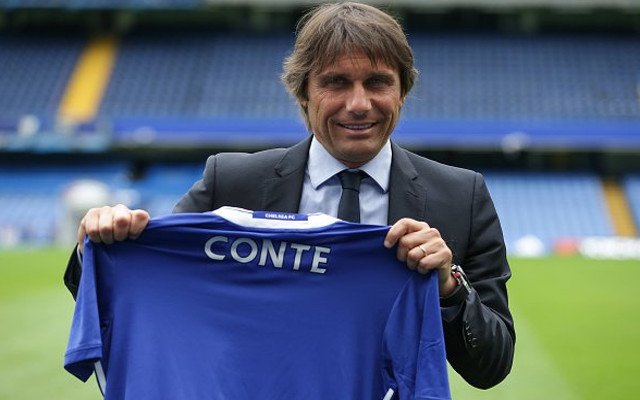 With Chelsea sitting nine points clear at the top of the Premier League, Darren Chapman looks at five things we have learned about Antonio Conte which have made him so successful…

When Chelsea appointed Conte as boss he arrived at Stamford Bridge with a team of coaches, from the likes of Angelo Alessio who not only played with Antonio but coached alongside him at Siena.

Conte also has the likes of former Chelsea players Carlo Cudicini, Eddie Newton and Jodi Morris who all know the club inside out, which helps massively when coming from Italy with no experience of English football.

Many of his staff have also worked with him at international level within the Italy setup, including younger brother Gianluca.

Steve Holland, who has worked with the reserves and for the previous five managers of the club, was promoted to the senior squad by Conte.

Diego Costa had a row with Conte’s fitness coach Julio Tous. He was then dropped from the team which shows how loyal Antonio is to his staff and that he treats them not only as friends, but as a family.

2 ) Always willing to give players a chance to prove themselves

Who would have thought that, after many loan spells away, Victor Moses would be one of Chelsea’s outstanding performers this season?

Conte gives his players a chance to show what they can do. He has recalled Nathan Ake from a loan spell at Bournemouth early and shipped out the likes of Chelsea greats Branislav Ivanovic and John Obi Mikel. Ruben Loftus-Cheek, Ola Aina and Nathaniel Chalobah have all been given first team appearances this season, after impressing at under- 23 levels and in pre-season with the first-team squad.

3 ) Has a good relationship with the media

Unlike his predecessor Jose Mourinho, Antonio has a positive and likeable approach to the media. Chelsea have only lost four games under Conte but in these games he hasn’t hidden away and always speaks with the media.

Jose would sometimes refuse or if he did speak it would be blunt, arrogant and usually end up storming out. Antonio seems to have a good sense of humor, which the English public like.

Coming to manage in the Premier League is a hard enough job, especially with no experience in England. And it took Conte a good four to five games to find his favourite formation and team selection.

After a 2-1 home defeat to Liverpool, followed by a comprehensive defeat at the hands of Arsenal, Conte ditched 4-3-3 and switched to three at the back, playing wing backs. Since then Chelsea have played seventeen in the league winning fifteen drawing one and losing only one. Just like Claudio Ranieri last season with Leicester, it goes to show that the less you tinker with your team, the more you seem to win games.

If you watched any of Italy’s games during Euro 2016, you will know exactly how passionate Antonio Conte is.

When you show you are passionate in the Premier League, be it as a manager or player, the fans will take to you, and it seems to rub off on the players.

Win, lose or draw, Conte is off his seat for the full 90 minutes. He will wave his arms getting the crowd roaring at the players. The players want to play and impress him you can see that.

The fans love him already and I can see him having a long and successful career at Stamford Bridge.