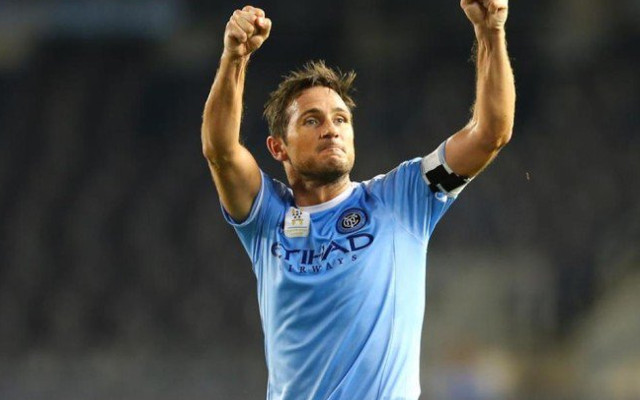 Frank Lampard announced his retirement on Thursday, and the New York Red Bulls thought it would be a good idea to poke fun at him.

Turns out not many people found it that funny, as they were slammed on Twitter for being disrespectful and showing a lack of class towards a player that briefly played for their rivals New York City FC.

Lampard, 38, enjoyed an illustrious and trophy-laden career with Chelsea after coming through the ranks at West Ham United, and is regarded as one of the greatest Premier League midfielders of all time.

His goal tally, trophy collection and overall influence prove that he deserves that recognition along with his caps for England, and it seems as though the Red Bulls stepped on a few toes on Thursday.

Accompanied by a GIF of Lampard getting nutmegged in a New York derby, they decided to wave him goodbye and reiterated that ‘NYisRED’, much to the displeasure of some fans as seen below.

@NewYorkRedBulls for a league still building credibility this lacks so much class. Respect ignores rivalries.

This is how Barcelona reacts to the news. Shame on your tiny club to do this act of shame