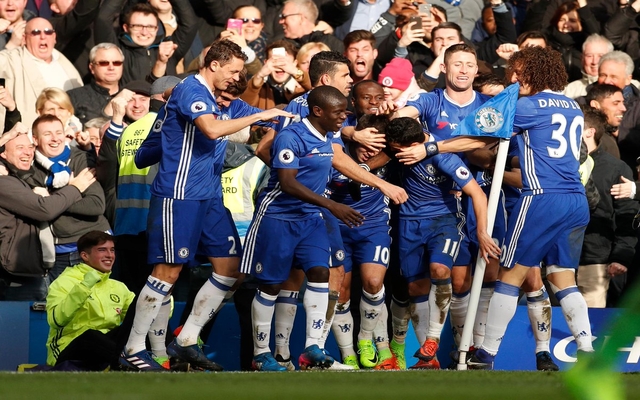 Arsenal suffered a damaging defeat at Stamford Bridge on Saturday as Chelsea ran out comfortable 3-1 winners to stretch their lead at the top of the Premier League table.

Goals from Marcos Alonso, Eden Hazard and Cesc Fabregas did the damage for the hosts, while Olivier Giroud bagged a late consolation effort.

Nevertheless, although they had their moments, Arsenal were simply outfought and outplayed by their title rivals as they now look a team incapable of keeping the race alive with a top-four finish most likely their priority once again this season.

While Hazard and N’Golo Kante to name but a few were exceptional for Chelsea, the likes of Mesut Ozil and Francis Coquelin were a shambles while Petr Cech’s horrendous mistake summed up their afternoon.

In turn, it’s no real surprise that the Arsenal player ratings reflect what a poor performance it was, as Arsene Wenger will again now face some extremely difficult questions about his future and where this team is going.

Losing Hector Bellerin so early in the game didn’t help, but that can’t be an excuse for the lack of fight and quality from the Gunners, while in contrast it was a brilliant performance from Chelsea with Antonio Conte’s men marching on closer to that Premier League title.

The hosts were powerful, decisive and threatening with every counter-attack, and while Wenger was right in his post-match interview that the first goal was crucial and the difference in tactics hurt them, there’s no excuse for many of his players failing to play to their full potential.