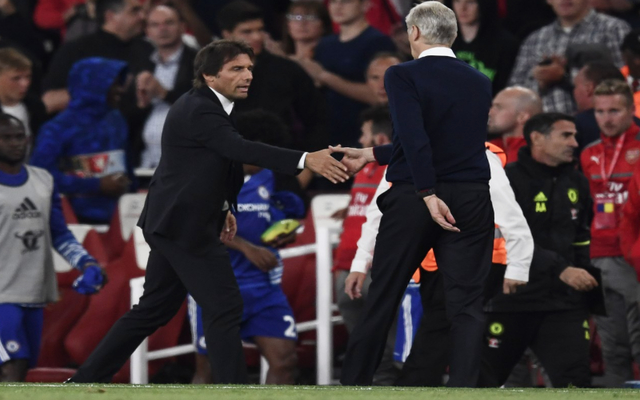 The Gunners sustained a huge blow in midweek with their loss to Watford, as they missed the chance to close the gap on Chelsea who were held by Liverpool.

In turn, Arsene Wenger’s side remain nine points adrift ahead of Saturday’s showdown, and they know that they can’t afford to slip up again or it could be curtains for their title hopes.

The Frenchman received plenty of criticism for his selections against Watford, and he’s opted to change things again while Conte has gone with the tried and tested and will hope consistency is key.

Chelsea have made just one change from the side that secured a 1-1 draw at Anfield, with Pedro in for Willian as the Spaniard’s pace, movement and intelligent runs will be key to hurting Arsenal.

As for the visitors, they’ve made three changes with Alex Oxlade-Chamberlain restored to the midfield in the absence of the injured Aaron Ramsey, and Theo Walcott is brought back in on the right wing which allows Alexis Sanchez to replace Olivier Giroud up front.

Meanwhile, Hector Bellerin is in for Gabriel at right-back, and as Arsenal prepare to potentially save their title hopes, they’ve certainly gone with an energetic, pacy and dangerous line-up which Wenger will hope can cause Chelsea plenty of problems.