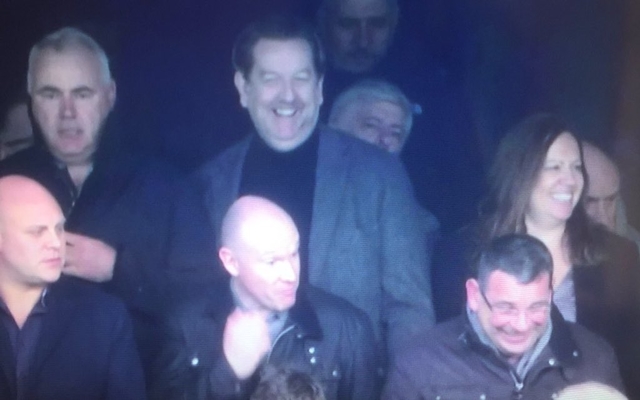 Arsenal manager Arsene Wenger is serving the third of his four-match touchline suspension at Chelsea on Saturday, and he struggled prior to kick-off for a decent view.

The Frenchman was forced to sit in designated seats not in the director’s box at Stamford Bridge due to it being on the other side of the pitch away from the dressing room.

In turn, he struggled just before kick off to get a decent view of the pitch as the bloke in front decided to stretch his legs and stand up before kick-off.

Photo: Arsène Wenger struggling to get a view of the game with someone standing right in front of him. #afc pic.twitter.com/atiUAGgOSr

Fortunately for all concerned, he took his seat for kick-off but that wasn’t the only distraction for the Arsenal boss as he was surrounded by eager Chelsea fans looking to take a photo.

The Gunners fell behind through a Marcos Alonso goal in the first half, but they started and ended the opening 45 minutes well to suggest that they could get something out of the game.

Nevertheless, Chelsea will be tough to break down and Wenger will be hoping that he gets to watch the entire game without anyone else blocking his view…