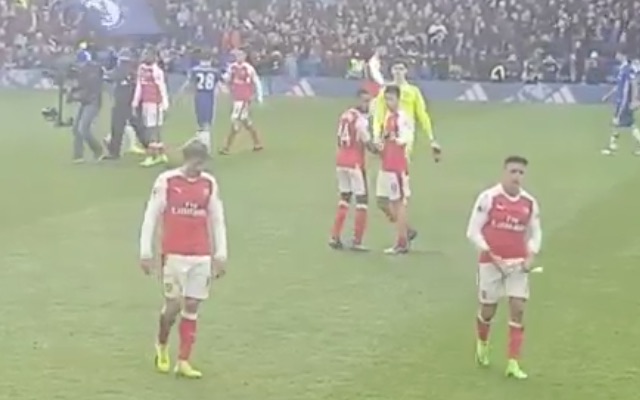 Arsenal was completely outplayed by Chelsea as they lost 3-1 at Stamford Bridge earlier today.

Therefore, Alexis Sanchez being frustrated at full time is totally understandable. However, he was still expected to applaud the away fans before heading back to the dressing room for a sulk.

But he didn’t, despite teammate Mesut Ozil shouting a reminder at him.

A frustrated Mesut Özil after the game shouts at Alexis Sanchez and Nacho Monreal for not going over to the Arsenal away supporters. pic.twitter.com/XAx8TghCHn

Ozil looked full of frustration himself, even more so when he saw Alexis and Nacho Montreal snubbing the Gunners fans.

Montreal reacted to Ozil by tamely gesturing at a clap, but Alexis just kept on walking.